The main campus of RMIT is situated on the northern edge of the historic Hoddle Grid in the city centre of Melbourne. It has two satellite campuses in the city’s northern suburbs of Brunswick and Bundoora.

According to the QS World University Rankings, RMIT is ranked as a five star university in the areas of: research, employability, teaching, facilities, internationalization, innovation, engagement, specialization. 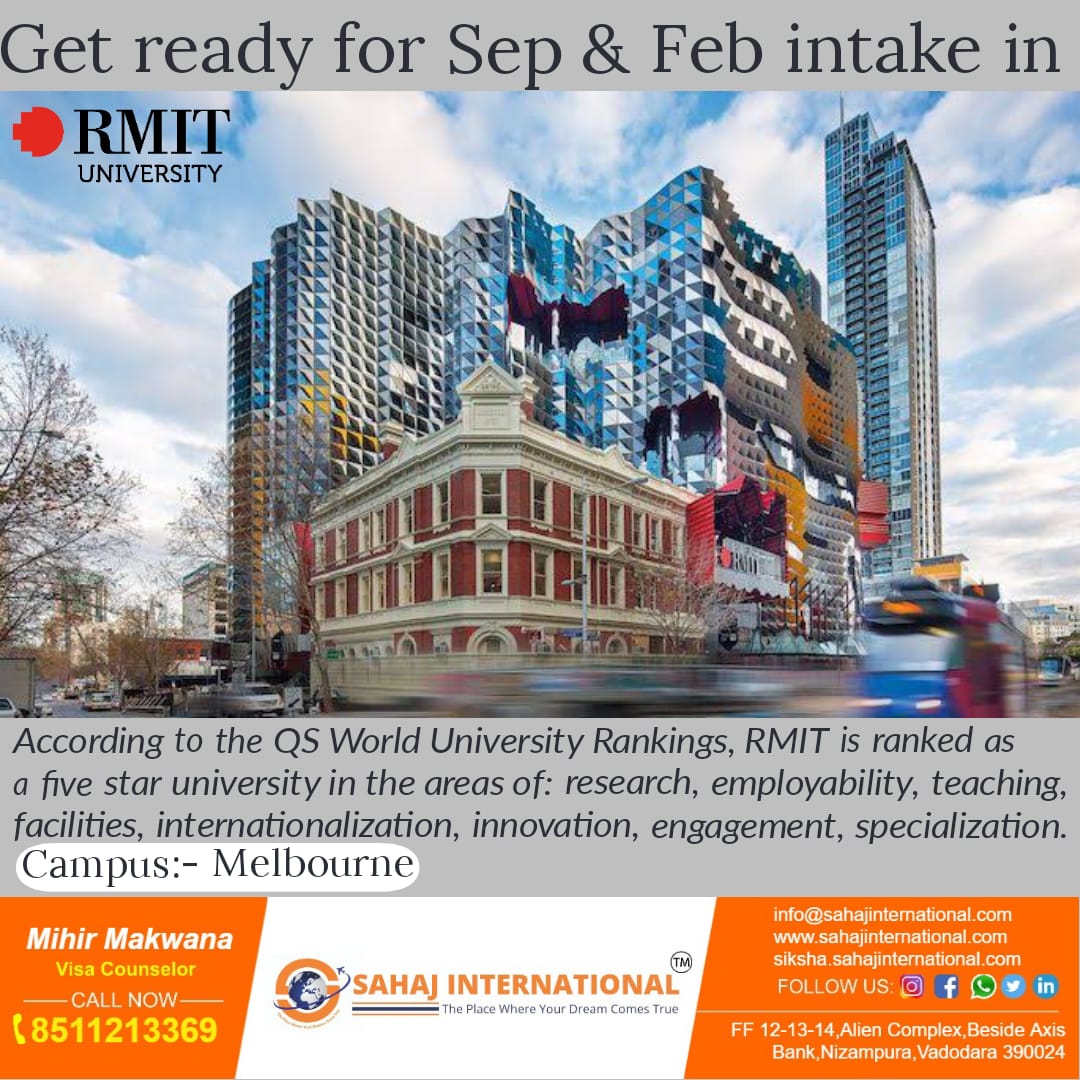 According to the 2021 QS World University Rankings, RMIT was ranked 15th in the world for art and design subjects, making it the top art and design school in Australia and Oceania. RMIT is ranked 16th in the world and 3rd in Australia among universities less than 50 years old in the 2016–17 QS Top 50 Under 50 index. Times Higher Education rankings placed RMIT in the 93rd position of 100 universities under 50 years old.

College of Business and Law

Check out the courses here:  https://www.rmit.edu.au/study-with-us

Sept / Nov 2022 Intake is still open to apply. Kindly put up the applications at the earliest. Get GTE Assistance, Interview Preparation, Visa Assistance.